Rahul Tewatia’s five sixes off Sheldon Cottrell in an epic RR vs PBKS IPL 2020 clash in Sharjah, is one of the most memorable moments in the competition’s history.
By CX Staff Writer Sun, 29 May 2022 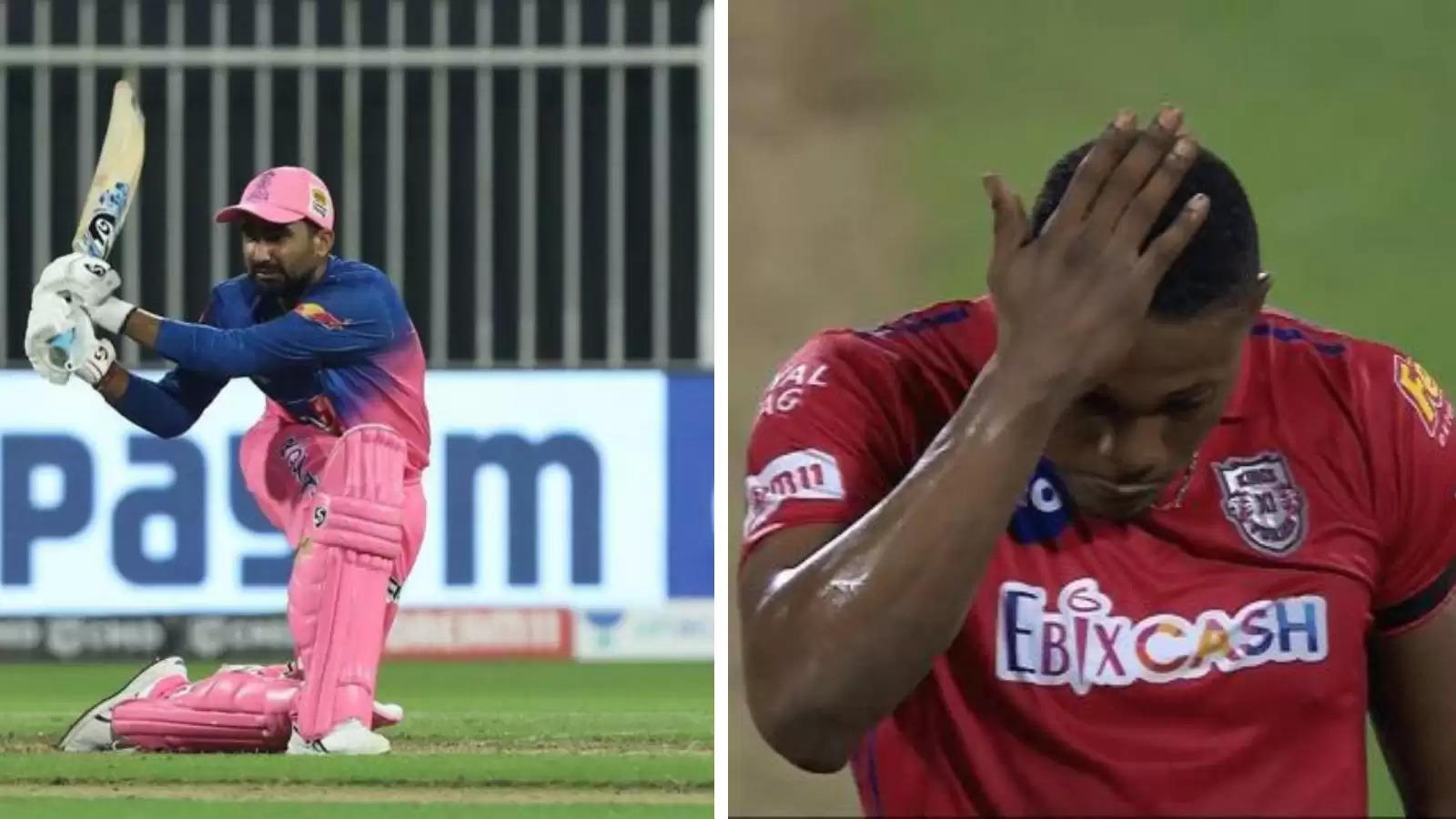 Tewaita, who now plays for the Gujarat Titans, will be up against his former franchise Rajasthan Royals in the IPL 2022 final in Ahmedabad on Sunday, May 29.

The Indian Premier League has produced some breathtaking performances with the bat, ball and in the field over the years, and continues to do so in its ongoing 15th edition in 2022.

As the Gujarat Titans gear up to take on the Rajasthan Royals in the final in Ahmedabad on Sunday, May 29, it is worth revisiting the heroics of a cricketer who has been associated with both the franchises.

Rahul Tewatia has been a key player for the Gujarat Titans during their impressive run in their maiden IPL season. Brought in the auctions for a whopping INR 9 crores, the 29-year-old has produced match-winning cameos consistently, his successive sixes off Punjab Kings’ Odeon Smith to seal an improbable 12 off 2 equation at the Brabourne Stadium being a major highlight.

It wasn’t the first time that Tewatia took on a West Indies seamer representing Punjab Kings in the IPL to provide a decisive twist.

Back during the 2022 edition in the UAE, Tewatia had stroked 53 off 31 to help RR gun down a 224-run target - a record successful run-chase in all IPL.

Tewatia was sent in to bat at No.4 ahead of specialist batters Robin Uthappa and Riyan Parag, presumably as a pinch-hitter, but endured an agonising struggle to reach 8 off 19, and subsequently 17 off 23, with Sanju Samson (85 off 42) feeling the mounting pressure.

With the skipper dismissed, RR needed 51 off 18. Watching Tewatia’s struggle, Simon Doull had suggested an idea of Tewatia ‘retiring out’ while on air. Little did he, the players and others watching knew what would follow.

The left-hander would tonk Sheldon Cottrell for five sixes in the 18th over, to bring the equation down to 21 off 12. Another six off Mohammed Shami followed in the next over, after Jofra Archer had already smashed two, to make a mockery of the chase. Tewatia was eventually dismissed for a 31-ball 53, which included seven sixes, before the win was completed with six wickets and three balls to spare.

Tewaita, who now plays for the Gujarat Titans, will be up against his former franchise Rajasthan Royals in the IPL 2022 final in Ahmedabad on Sunday, May 29.