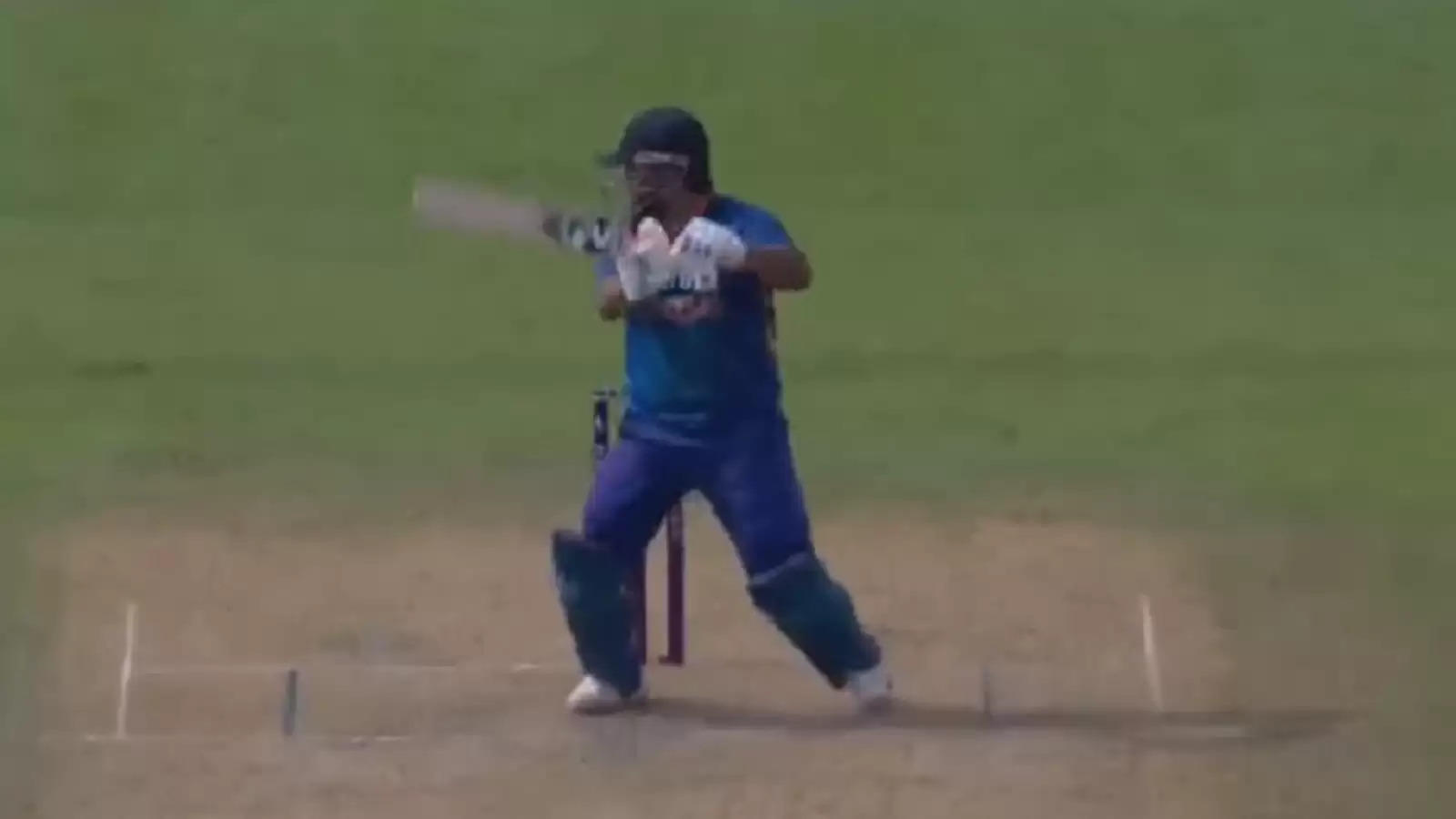 With his power-packed and unorthodox style of batsmanship, Rishabh Pant makes for one of the most dynamic and destructive batters across formats in modern-day cricket. The wicket-keeper batsman has already produced some outstanding knocks in Test cricket, and has slowly begun to establish himself as a mainstay in India’s white-ball setup.

In the third, series-deciding ODI against England at Old Trafford, Manchester on Sunday, July 17, Pant stroked a well-compiled hundred - his first in the format - to help India seal the game with five wickets and 7.5 overs remaining.

Pant had walked in to bat after Reece Topley removed Shikhar Dhawan and skipper Rohit Sharma in an early new ball burst, and Virat Kohli fell to the same bowler not long after as India slumped to 38/3 by the ninth over. Suryakumar Yadav was caught-behind off Craig Overton to make it 72/4, before a 133-run stand followed between Hardik Pandya (71 off 55)and Pant.

The left-hander’s unbeaten 125 off 113 included 16 hits to the fence and two over it - five of them coming back-to-back off left-arm quick David Willey - before a reverse-sweep off Joe Root finished the game.

On Wednesday, a Twitter user put a mirroring clip of the innings, which shows Pant batting right-handed. Users were quick to point out resemblance with former India captain and gloveman MS Dhoni, especially to the fierce cut right at the start of the innings. The inside-out strokes were compared to those of left-hander Suresh Raina. Former India opener Aakash Chopra even went on to state, "Rishabh Pant is left-handed Dhoni. Similarities are uncanny."

Watch ‘What if, Rishabh Pant batted right-handed here’, and check the subsequent reactions:

That straightdrive has @sachin_rt
written all over it

I remember i have seen one tutorial of sachin on straight drive. He said " when you play straight drive,bowlers should be able to read the company name on your bat" it should be as straight as possible

Watch: MS Dhoni mobbed on the streets in London by fans