Watch: When cheeky MS Dhoni let Virat Kohli finish the game off against South Africa in the T20 World Cup

The former India skipper let his friend get the winning run against South Africa in Mirpur by defending a hit-me ball the previous over.
By Kashish Chadha Mon, 5 Sep 2022 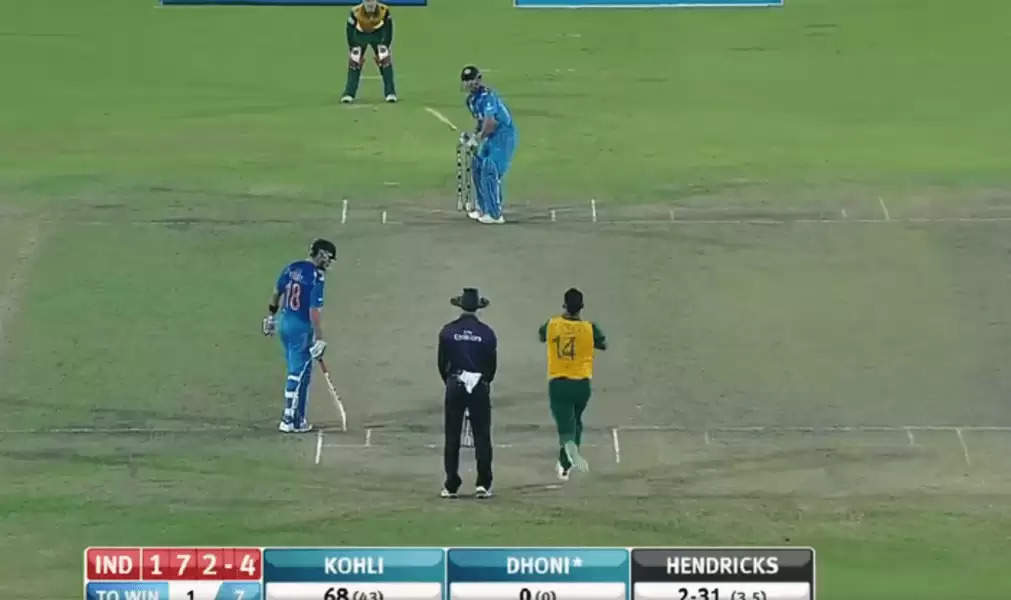 The second semifinal of the 2014 T20 World Cup in Bangladesh is known for a classic Virat Kohli run-chase.

With India in quest to hunt down the stiff target of 173 on a dry surface in Mirpur, their batting stalwart came to the party and produced one of his legacy-defining efforts on the big night.

Kohli smashed an unbeaten 72 off 44 deliveries, including 5 fours and 2 sixes, to help his team coast along to a six-wicket victory.

The Indian No.3 ensured the inaugural World Cup champions a place in another ICC final with a measured innings where he kept the pressure of the asking rate at bay and dispatched a Dale Steyn-led opposition attack.

The chase is known for the remarkable composure and skill on display by Virat Kohli in the heat of the battle. But also leaving his mark in the end-overs stage was the legendary skipper MS Dhoni, who gave his amusing touch to the proceedings with a heartening gesture towards his friend in the final over of the game.

When MS Dhoni let Virat Kohli get the winning run

With 1 run needed off the remaining seven balls in the Indian run-chase, the stage was set for Dhoni to once again hit a maximum and close out the game in trademark fashion.

But in a moment reflective of the great camaraderie and friendship between the two, Dhoni decided to play out a forward defensive push for a dot ball to ensure his match-winner on the night has the chance to score the final run.

Virat Kohli was left stunned by Dhoni's gesture, having earlier smiled towards him in anticipation of his India skipper hitting the closing run again. He reacted in little annoyance about the defensive push from Dhoni but later understood the sentiment behind the dot ball.

The moment he tapped left-arm pacer Beuran Hendricks for no run, Dhoni quickly raised his eyebrows and communicated to Kohli that he wants him to get the one run India needed to secure the final berth.